If you are like me you have loved ones that suffer from high blood pressure. It’s becoming known as the “silent killer” and it’s taking over it.  Fortunately and unfortunately their are medications for this, but as a believer in the power of natural nutrition. I want to recognize the many natural foods, herbs and remedies that can keep you off of pharmaceuticals by living a balanced life. 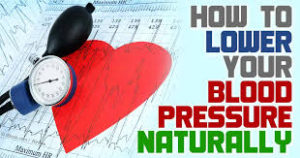 High blood pressure-also known as hypertension is the “the silent killer”-affecting 1 in 3 adult Americans, or roughly 67 million people, and that number only continues to grow. The majority of cases,  90-95% are known as primary hypertension, which is hypertension with no underlying medical cause. The small left-over percentage is caused by conditions such as kidney disease. But what is this mysterious silent killer?

Blood and its circulation are vital to  life. They supply crucial nutrients and oxygen to all the cells and organs in our body. They also remove waste and carbon dioxide. When the heart beats it creates pressure that pushes blood through your arteries and veins. This pressure, if you haven’t guessed, is our blood pressure. Two forces pump the blood through our bodies, the first being created by the heart pumping blood out into the arteries, and the second occurs when the heart rests between beats and blood is drawn back into the muscle. When your blood pressure rises, damage can occur that upsets this system.

If you have hypertension, your heart has to work extra hard to pump blood through the body. And while healthy arteries are made of semi-flexible muscle, the force of high blood pressure will lead to overstretching their walls. This overstretching can lead to tiny tears in blood vessels that leaves tissue that catch things such as cholesterol/plaque, and other blood cells. Building off of the latter, this leads to an increased risk of blood clots. The walls will also become weakened over time. Tissue damage from being oxygen depleted occurs in parts of the arteries on the other side of a blockage or build-up of plaque, depriving it of fresh oxygenated blood, and heart attacks and strokes are the result if the pressure becomes too high.

Before starting drug therapy, try lifestyle changes and some home remedies for high blood pressure. Not surprisingly, things such as diet and exercise play a big role in lowering blood pressure, so always keep those two things at the forefront of your mind. 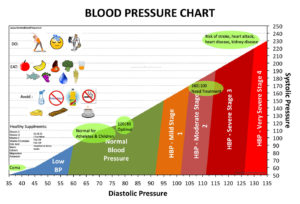 Salt is not the problem when it comes to high blood pressure, per say, but rather its chemical component sodium. A little bit is fine, but too much sodium disrupts the balance of fluid in the body. 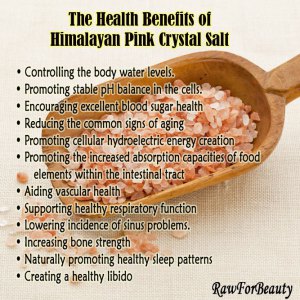 I am a big believer in Himalayan pink salt, mainly because it has added minerals that your body needs and isn’t processed.

Cultures across the world have used hibiscus to naturally manage blood pressure, but it wasn’t until the past decade that studies were actually conducted that showed there was more to the remedy than just folklore. First, hibiscus acts as a diuretic, which draws sodium from the bloodstream, thus decreasing the pressure on the arterial walls. Even more interesting is how it can mimic angiotensin converting enzyme (ACE) inhibitors. ACE inhibitors are a common group of pharmaceutical drugs used to treat high blood pressure. 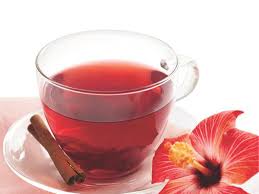 Why not? Sounds delicious and anything that helps your health always taste good.

Coconut water is found inside the shell of green, unripe coconuts that retains its natural benefits in organic and raw form. It contains potassium and magnesium, both of which relate to regular muscle function, and of course, the heart is a big giant muscle. While there have been some limited studies on the effect of coconut water on hypertension, many people report anecdotally that it has helped lower blood pressure. In studies, it seemed to particularly affect systolic blood pressure, or the force that takes place when the heart pumps blood away from it. If you don’t have a problem with coconut water, it may prove to be a solid remedy for you. 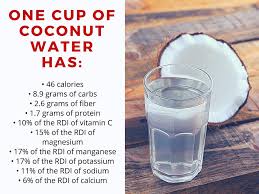 There is nothing better than a fresh healthy coconut. I love coconut water and often ad it to my smoothies with cholera and spiraling. It’s refreshingly delicious.

Of course this is on here! FIsh oil and its bountiful omega-3 fatty acids are a beautiful thing when it comes to your heart. While studies have been wishy-washy on whether or not it actually reduces the risk of heart attacks or strokes, it has been viewed as successful when it comes to lowering blood pressure, while also reducing triglycerides and increasing HDL (“good”) cholesterol. Heart transplant patients have been given fish oil to reduce the risk of hypertension following a transplant.” 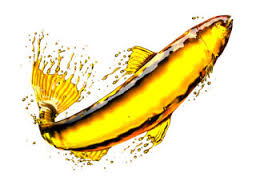 Hawthorn is a staple herb when it comes to heart health as it is rich in flavonoids, namely, oligomeric procyandins (OPC’s) and quercetin. Flavonoids are touted as having many benefits, but one of the most intensely studied conditions that it affects is various forms of heart disease. This includes arrhythmia, palpitations, improve the function of capillaries, regulate glucose metabolism and, of course, reduce arterial blood pressure and the risk of hypertension. 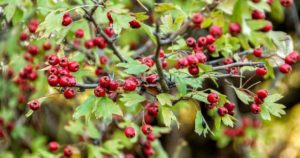 Hawthorn is one of the best supplements you can take if you have high blood pressure by far. Definitely add a little hawthorn to your diet and watch your blood pressure drop.

Along with diet, exercise should really be number one on this list. Nothing can replace what exercise does for the body. The heart is a muscle, and it will grow stronger with exercise. It becomes easier to pump blood and takes less effort, keeping your heart in better condition and lowering how much force it exerts on your arteries, thus lowering blood pressure. Exercise is, in many cases, all that you need to get your blood pressure back on track. 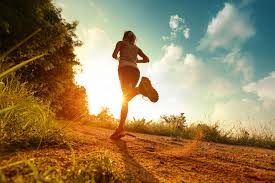 Garlic is one of those home remedy staples. It is rich in beneficial constituents that address a wide range of ailments, once of which happens to be hypertension. There is just one little catch though. Allicin, the organosulphur-sulfur containing- compound responsible for several of garlic’s health benefits, doesn’t fare as well in the human body when garlic is eaten raw. So it’s better to eat cooked. 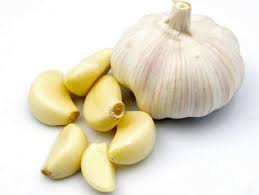 Yummy Gralic is amazing for you! You can add it to anything and everything, meats and more. I love adding garlic to fresh Olive oil and dipping bread into it, or baking whole cloves in the oven for a delicious treat.

8. Melon in the Morning

“Every morning, be faithful to watermelon. Often times watermelon as viewed as a strictly summer fruit, one for seed spitting contests and barbecues, but it can also help lower blood pressure. An organic compound called citrulline, an a-amino acid, was first isolated in 1914 from watermelon. Once ingested, the body can convert citrulline to the amino acid L-arginine, which is a precursor to nitric oxide. To translate, citrulline-found in watermelon- is converted into arginine-essentially a chemical building block-which leads to the production of nitric oxide. Nitric oxide talks to various cells and systems in your body that regulates, among other things, how hard your blood gets pumped through your entire body-also known as vascular systematic resistance. It will widen blood vessels, which lowers vascular resistance, which ultimately lowers blood pressure. Imagine trying to pump a certain volume of liquid through a small opening versus a wider opening. The wider opening will allow it to flow smoothly and easily-it’s the same with blood cells!” 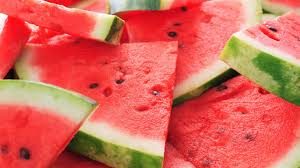 and who doesn’t love fresh watermelon or watermelon juice in the morning!! Yum! Get those juices flowing!!

“A study done in December of 2009 published in the Indian Journal of Biochemistry & Biophysics gave a group of participants 1 teaspoon of cardamom powder daily for several weeks. The results showed a significant reduction in blood pressure. While further research is needed to pinpoint exactly why it seems to help, it has still proven itself a useful home remedy for high blood pressure. Combined with ginger and cinnamon, both warming spices that improve circulation, you can make a lovely tea to help your heart get healthy.” 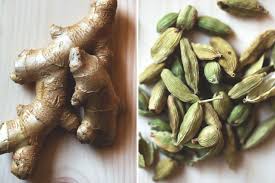 Ginger and Cardamon are two of my all-time favorite spices. I recommend also adding in a little cinnamon which is great for curbing sugar cravings and getting  circulation going. These three are my favorite in Tea and coffee throughout my day, and for a added kick why not try a little cayenne pepper too!!

Cat’s Claw is a woody climbing vine found in the Amazon rainforest.  It lowers blood pressure by dilating the blood vessels and therefore lowering the pressure by allowing blood to flow through more readily. It’s also  a mild diuretic, getting rid of unneeded salt and water in the body, which also helps hypertension. 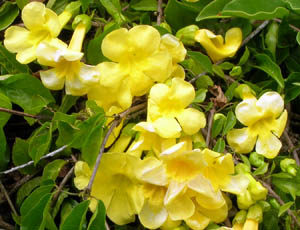 Blueberries are rich in the flavonoid quercetin, the benefits of which are explained in remedy number 5, as it is also found in hawthorn. You can mix in elderberries for an extra heart healthy kick as well-surprise, surprise they’re good for more than just warding off the cold and flu! 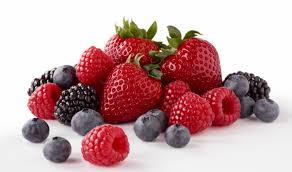 Berries are just great health! not only are they delicious but the antioxidants and nutritional aspects can not be compared to anything else, Definitely add the berries in your diet and reap the rewards!! 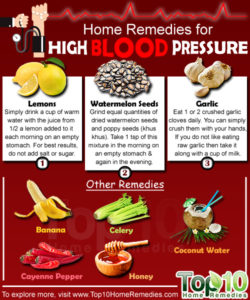 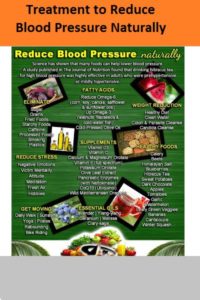 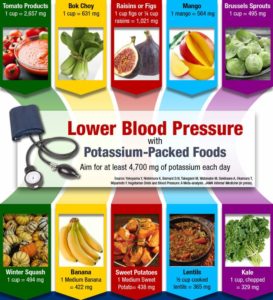 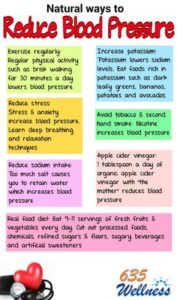 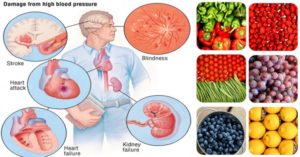 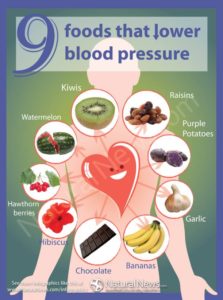 I would also try Diamotreous Earth to cleanse my arteries and gut and nattokinease and serrapeptase, for inflammation as well.