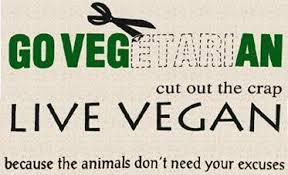 I am a animal lover. I always have been. I was raised in a house around animals, with a mother that would stop to pick up stray animals. From a young age, I always had animals around me. This said one of my largest dilemmas in life, being a empathetic intuitive being, is whether to eat meat or not eat meat and by meat i mean fish and poultry as well.

As a child my family was a everything eater, with a dinner table that always had a protein, a veggie and a starch.

We had  a vast variety of fruits and vegetables and our mother always encouraged us to at least try it, which led my sister and I to both like everything. Everything but sweets that is, I’ve never had too much of a sweet tooth and quite often would pass up bread but I loved meat and I loved dairy. As I got older we spent more and more time at my grandparents farm and I started struggling with eating fresh farm meat. Meaning I’d only eat store bought eggs or meat because I didn’t want to eat my farm friends, before going eventually vegetarian. Eating cheese sticks and milk like it was going out of style.

Then it happened I was with my friends one day and we were going through the Wendy’s drive thru . One of them dared me to eat a burger and never one to turn down a challenge, I dove in and I must say it was delicious. i never looked back.

I became a mega fast food loving burger eating anything and everything and i loved it, and I wasted away. I would eat more than anyone yet I would bounce of the walls and was so skinny. I played soccer so was athletic but after starting modeling I was advised to quit and just kept getting smaller and smaller. Eventually I moved to Europe and got even smaller eating baguettes and tuna sandwiches with fresh mozzarella. Then after turning 21 I made a major move in my life and decided to move to New York. Still eating what ever I liked my career took off and I was strutting down runways and gracing covers as the pale androgynous wonder. I was stunning, but very very skinny. My agency wanting to fatten me up a bit, asked if I was eating and then quickly recognized I was eating everything, at which time they asked me to go on a all organic diet to see if it helped me gain weight. Needless to say it did. It also calmed me a bit so I started trying to go all raw, which proved to be very difficult with my travel schedule.

I dabbled a bit with Vegetarian after but eventually after a week or two always went back to my red wine, steak frits and friend shrimp. I loved food and it loved me and I was living in Nyc the food capital of the world. For years, my weight stayed basically the same whether i excersized or not. I’d get most of my excersive from walking to the store or to dinner and dancing. Then I moved briefly back to the South to help my childhood  girl friend and her daughter open a clothing store,  before moving to LA. In the south, I started to struggle again being around the animals with eating meat but quickly took off to LA before it could settle in permanently. In LA, still  doing fashion modeling as well as working as a body double, in my early to mid thirties, I’d do yoga and excersive here and there,  but was the same size I had always been.

Then after a few years I ended up moving back to the South and living on my families farm, wherein after a brief stint it became clear to me i would not be able to continue my love of animals and work with animals and then eat them. After about a year I went vegetarian, but slowly gaining weight on a vegetarian diet I went back to meat. but only organic and grass feed. Then out of the blue I made the leap and became a full blown vegan. I gave up all meat and all dairy and simply ate beans and rice and veggies.. and the pounds started coming. I walked everyday and worked out but I still gained weight, over a period of 3.5 years being a vegan I gained roughly 15 lbs. I felt great in my soul but my closet was expanding and I didn’t have the energy I once did. I was tired all the time, felt weak, my hair wasn’t strong. I was iron deficient and vitamin d deficient and my skin wasn’t clear like before. 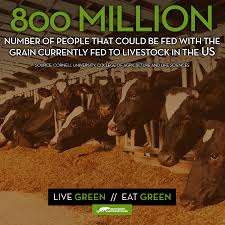 Even despite being tired a lot.  I had fallen involve with the man of my dreams and  decided to moved to Seattle to be with him and start a life with him there and start a new company. In Seattle over a span of 2 years as a vegan I gained the majority of the 12-15lbs and was tired a lot. I had no strength and my energy and personality became like a gumby. I was hungry all the time, and just didn’t feel 100% my fiesty fiery self although my boyfriend my say I still had quite a good bit of fire. To be honest I wasn’t happy with myself gaining weight but didn’t want to stop being a vegan or recognize it was bad, so I made a slow transition to simply eating eggs, which was a start. My energy got better but not like it was before and I recognized quickly my body was craving the protein.

Then, after living in Seattle for over two years I decided I’d go back to work modeling and went to a modeling agency. Ofcourse they loved me and wanted to represent me but when they took my measurements and said you do know you are on the cusp of being a regular size model and a plus size model. I said no what does that mean I am 40. My agent said it means we can put you on the board as is but you won’t get as much work as you would if you could lose two inches and go from a 8/10 to a 8/6.

He said go home and think about it.” I’ll take you as is, of course you are stunning but if you could lose a couple of inches your work would sky rocket. Do you think it’d be worth making a few adjustments, you’d have to keep them up.” Deep inside I knew the missing adjustment I needed was the return to meat. I left excited to get back to work and ready to make the change back to meat. I had spent years dodging dinner parties and restaurants because I was a vegan. Neglecting myself for the bigger picture yet I knew my body was not getting the supplements and nutrition it deeply needed.

So I made the change. I stopped on my way home and bought a shrimp cocktail and tuna fish and devoured it. It was the best thing i’d ever eaten. Soon after I started starting my day off with salmon bacon and eggs and I’m eating Turkey sandwiches for lunch. I went from pilates 3 times a week to 2 a week and maintained my 45 of cardio daily, yet in a matter of 11 days I have lost 4lbs and steady.

I started keeping track of my food diary on my fitness pal and I am eating basically the same thing as before if not more, just with meat instead and I am shrinking. I am never hungry making my disposition much better, so I have better control over my emotions. I don’t feel like I am depriving myself and for the first time in forever I feel full again. As a vegan I was always starving with low blood sugar. Now as a meat eater again I am bouncing off the walls and haven’t gotten low blood sugar once. It’s crazy when I look at the difference. 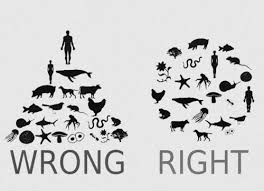 I must say though when I went to the store the other day and I saw the fish in the aquariums I felt bad and quickly left but over all, eating already killed and cooked meats has been amazing for me. I feel better then ever and can tell the biggest difference in my life.I have energy again and feel a gazillion times stronger. I can’t say I won’t go Vegan again, BUT I can say i don’t think I will go Vegan again. I think I will maintain shopping and eating responsibly, (out of site out of mind) buying local and eating sustainably to the best of my ability, but it’s clear to me now that my body needs protein, that for me, I can only get through fish and meat.

So I am now simply a diner, though no dairy as of yet. I plan to remain dairy free and return to grass fed beef only.

🙂 So that is my story of to Vegan or not to Vegan. For me, I am a not to Vegan, and feeling pretty good about it these days. 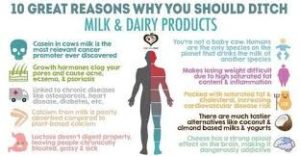 One thought on “To Vegan or not to Vegan?”